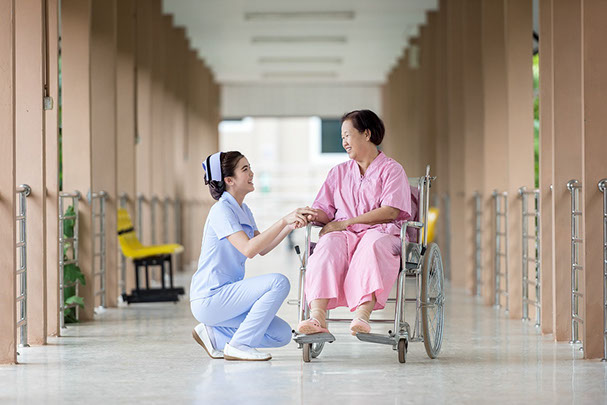 Researchers have revealed what may be a completely new cause for muscular dystrophy (MD). A recent study shows that a protein defective in two types of late-onset MD plays a critical role in the normal repair of muscles.

The researchers found that the defective protein dysferlin causes a glitch during normal muscle repair, suggesting that faulty muscle repair, rather than an inherent weakness in the muscles' structural integrity, leads to the progressive muscle degeneration seen in these two forms of MD.

The study, conducted by Kevin Campbell, Ph.D., of the University of Iowa in Iowa City, and colleagues, appeared in the May 8, 2003, issue of Nature. It identifies the first known component of the membrane-repair machinery in muscle cells.

"Muscles are continuously being damaged and repaired, and to find a particular protein that's involved in the process is very exciting," says study co-author Steven Vogel, Ph.D., acting chief of the section on cellular biophotonics at the National Institute of Alcohol Abuse and Alcoholism. This work was done while Dr. Vogel was a grantee of the National Institute of Neurological Disorders and Stroke (NINDS) at The Medical College of Georgia in Augusta.

The muscular dystrophies are a group of genetic diseases characterized by progressive weakness and degeneration of the muscles that control movement. Adults with either of the two types of MD in this study - Miyoshi myopathy and limb-girdle MD type 2b - have slowly progressing weakness and wasting of muscles of the hands, forearms, and lower legs.

An earlier study showed that mutations affecting dysferlin activity are associated with both Miyoshi myopathy and limb-girdle MD type 2b, but little was known until now about how the absence of dysferlin caused disease.

Most genetic mutations that cause MD have been linked to errors in a large protein complex that controls the structural integrity of muscle cells. Dysferlin does not appear to be associated with this protein complex. Instead, dysferlin is normally found throughout the membranes of muscle cells and in vesicles. Some researchers believe vesicles - bubbles within muscle cells - might play a role in cell membrane repair.

Dr. Vogel's colleagues at the University of Iowa and the Howard Hughes Medical Institute engineered mice that lacked the dysferlin gene. As they aged, these mice developed MD similar to humans with either Miyoshi or limb-girdle MD in humans.

Interestingly, treadmill tests showed that their muscles were not much more susceptible to damage than the muscles of normal mice, demonstrating that the absence of dysferlin did not seem to interfere with the structural integrity of the muscles.

Under a microscope, the researchers saw that in the mice lacking dysferlin, unusually high numbers of vesicles accumulated at damaged membrane sites. The abnormal number of vesicles seemed to indicate that an error in membrane resealing might be responsible for the MD.

To observe the protein's normal activity, the researchers tagged dysferlin with a dye marker. They saw "patches" enriched with dysferlin which formed when dysferlin-containing vesicles that traveled to the damaged site fused. These dysferlin "patches" seemed to play a critical role in the sealing of damaged membranes.

Dr. Vogel says this new information about dysferlin's role in muscle repair opens a new pathway for understanding the causes of the muscular dystrophies, as well as other diseases that affect cardiac and skeletal muscles.

"It's become clear that errors in membrane trafficking are linked to human disease," says Dr. Vogel. "A lot of progress has been made, and there's a lot more that needs to be learned in terms of the molecular mechanisms of membrane repair."